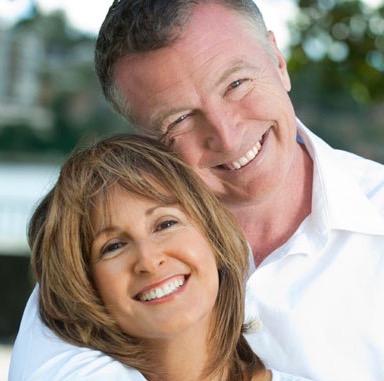 That’s especially true with Boomer women, who will control two-thirds of all consumer wealth over the next decade, with estimates ranging from $12 to $40 trillion.

So, where are Baby Boomers spending their money?  Following are four industries that shouldn’t turn a blind eye to the benefits of reaching Boomers with their marketing programs.

American Baby Boomers are still the most traveled generation, spending up to $120 billion each year renewing themselves with travel, and creating lifetime memories by taking the trips they’ve always dreamed of.

Whether they’re looking to cross something off their bucket list, travel with their grandchildren, or just want to open themselves up to new cultures, it’s essential when marketing to Baby Boomers that marketers understand that the vast majority of these consumers say that high prices have no impact on their travel plans and that they are willing to spend more for an enhanced experience.

Baby Boomers are the Woodstock Generation, and no one knows, or appreciates, entertainment better than the Boomers. A full 44% of adults between the ages of 51 and 70 are attending more live shows than their counterparts were ten years ago.

Nostalgia is an intense emotion, which is a key reason why 2016’s Desert Trip Festival grossed over $160 million. Never before had the Rolling Stones, The Who, and Paul McCartney all played on one stage, and with their “live more” mentality, Boomers waited with open wallets to experience this once-in-a-lifetime concert.

Just like Millennials, Boomers attend events that allow them to connect with younger generations. In fact, young-at-heart Boomers go to more concerts than Millennials.

Marketers don’t need to market differently to this audience; the same messaging used to reach Millennials can appeal to Boomers as well. But one important caveat: avoid any youthful slang or acronyms that may go over the heads of Boomers.

As the first generation of Americans to raise pets inside their homes, Baby Boomers are often given credit for creating the pet industry. And now, as they become empty nesters, they are triggering a massive explosion in pet ownership in the U.S.

It’s a fact that Baby Boomers love their pets, and they love them to the tune of nearly $30 billion per year, or 45% of all U.S. pet spending. This has further translated into an explosion in specialty goods and services for America’s pets.

Often considering their pets as replacements for their grown children, they don’t just spend money on food, veterinarians, and toys. Boomers, who aren’t afraid to spend a little more than most generations, are taking their pampered pooches to pet psychologists, doggie spas, and even daycare. They’re buying more expensive and healthier natural foods and treats, seeking out homeopathic treatments, and choosing clothing from pet boutiques.

While many within this generation have held the same career—if not the same job—their entire lives, that doesn’t mean they’re through learning. In fact, Baby Boomers are ready to get out and discover all the things they may feel they’ve been missing. And they know learning doesn’t take place only in a classroom.

This awareness can lead them to try out new podcasts, dance classes, or even religious services. Of this generation 60% want to travel to a new place, 61% want to learn about new cultures, and 59% just want to try something they’ve never done before.

Even though marketers are preoccupied with using mobile technology to reach the younger generation, they should acknowledge that while Boomers are more tech-savvy than ever, they still prefer to shop online via computers and laptops.

Boomers also like to take their time making purchasing decisions. This makes gimmicky marketing tactics that rely on impulse far less effective for this group.

With consumer attention spans becoming shorter and shorter, many marketers are using video and images to communicate their marketing messages. But having grown up with books and newspapers, Boomers still embrace reading as a pleasure. Marketers shouldn’t be afraid to lay out their story in a way that Boomers can take their time to absorb.

When asked what prompts them to take action, search engines typically score higher than videos and social media with Boomers. But don’t ignore social media; nearly all Boomers belong to at least one social channel, with Facebook being the most popular.

Successful marketers will remember that today’s boomers are active and healthy, and very often still working.  Nearly every consumer category has a Boomer audience, so it’s critical that marketers understand their Boomer audience and what drives their decision-making process.