Clean Your Hands, All Surfaces, and Then Your Marketing Program

The current state of the world has most of us housebound and cleaning everything in sight—especially our hands. As important as spring cleaning the house may be, now is the time to also consider spring cleaning your marketing program.

If you’re planning to do some spring cleaning for your brand, here are a few things to address.    END_OF_DOCUMENT_TOKEN_TO_BE_REPLACED

Influencer marketing shows no signs of slowing down in 2020, having evolved into a core marketing strategy that is practiced by over 93% of marketers. Predicted to be a $10 billion industry by the end of 2020, the role of influencers will clearly continue to help brands connect with their consumers in highly relevant ways.

Following are some trends that will likely dominate the industry this year.     END_OF_DOCUMENT_TOKEN_TO_BE_REPLACED

There is no denying that influencer marketing is a powerful way to make the most of word-of-mouth marketing for your business. However, as with every other form of marketing that has come before, some bad actors can have a detrimental effect on this tactic for everyone involved.

Exploiting the system is nothing new. In most cases, whole business models crop up and revolve around bad marketing tactics. When direct mail marketing saw results, along came address list sales. Telemarketers turned the populace against them with unrelenting calls at all hours of the day. Email marketing was a phenomenal way to reach the right audience—until the dreaded address list sales began anew. Then there was SEO, which was an easy way for people to get found, until keyword stuffing and blackhat tactics cropped up.     END_OF_DOCUMENT_TOKEN_TO_BE_REPLACED

Why an Influencer Engagement Strategy Is Critical for Your Brand

Influencer marketing has never before been so powerful or effective. In the past five years, it has grown from a supplemental marketing tactic into a $10 billion industry. With influencer engagement beating out both organic search and email marketing, 65% of marketers have increased their 2019 budgets in this area.

Following are some key reasons why influencers can be your brand’s best advocates.    END_OF_DOCUMENT_TOKEN_TO_BE_REPLACED

As one of today’s most efficient and successful online marketing strategies, influencer marketing will continue to grow and evolve well into 2019. What started as “celebrity” influence has grown into a dominant industry with influencers boasting audiences and engagement of all types and sizes.

How a PR/Digital Marketing Agency Can Help Your Brand

Consumers encounter hundreds of brands every day.  Getting in front of those consumers can mean the difference between success and failure for a brand. To stand out, a brand needs a well-thought-out strategy and a clever approach for using the right blend of earned, owned, shared and paid media.

Your in-house marketing team may have wonderful ideas for reaching your target audience, but may not have the bandwidth for a fully executed product launch or comprehensive content creation program. There are so many choices of agencies, consultancies and solopreneurs doing good work today, that it can be difficult to know which is the right fit for your needs.     END_OF_DOCUMENT_TOKEN_TO_BE_REPLACED

4 Trends That Will Change Your Consumer Marketing in 2018 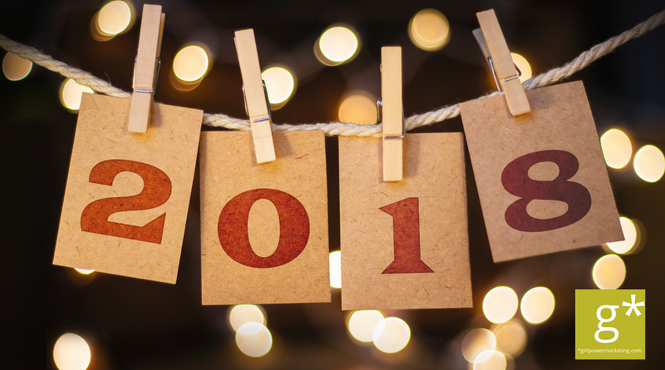 Consumer marketing trends are always evolving, especially as new technology becomes available. This year has been all about the influencer, but next year we’re likely to see some big changes surrounding augmented reality and artificial intelligence. 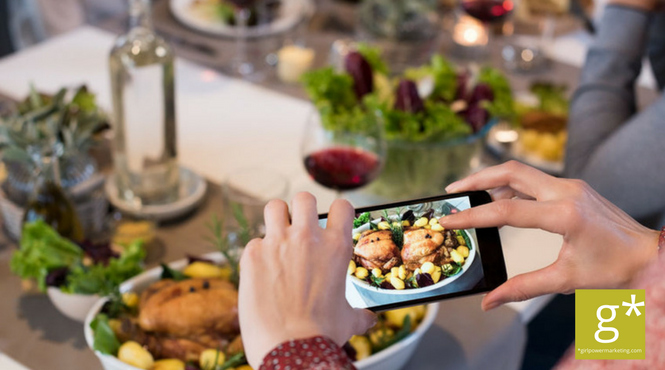 The marketing word of the year, if not “video,” must be “influencer.” Not even celebrity endorsements carry the same weight as recommendations made by popular online personalities. These bloggers and social media stars have changed the way we approach social influence, especially in the food and beverage marketing industry.

All indications are that influencer marketing isn’t going away anytime soon. Consumers are more likely to trust someone they know or follow than they are to believe the brand itself. As more and more brands come to terms with this reality, influencer marketing will only continue to grow. Here’s how we think influencers will impact food and beverage marketing in 2018.      END_OF_DOCUMENT_TOKEN_TO_BE_REPLACED

5 Influencer Marketing Insights That May Change Your Strategy 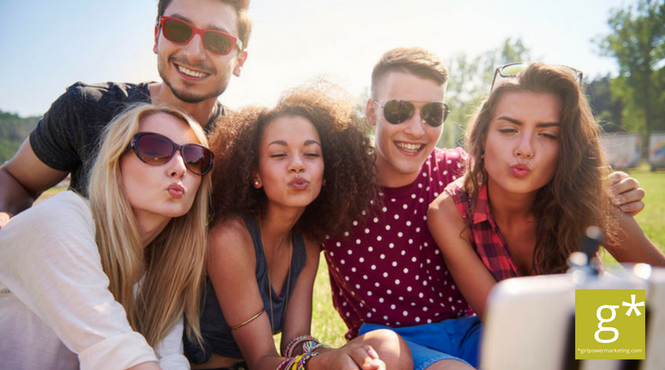 It’s no secret that traditional advertising is losing its reach. Television ads are now fast-forwarded; pop-up ads can be disabled. Along with that, celebrities are not the endorsers they once were. They can build brand awareness, but not necessarily sales. Social influencers have eclipsed celebrities in consumer trust. In fact, 92% of consumers trust word-of-mouth and recommendations from friends, family, and social influencers above all other forms of advertising, including celebrity endorsements.

The power of these social influencers isn’t based on their follower count but on their ability to influence through authenticity and curation. Following are some key influencer marketing insights:

An authentic recommendation by a trusted influencer is effective for several reasons. First, influencers know what kind of content their followers want to see. The influencer’s interpretation of how to showcase content may not always be exactly the way you’d like, but when given the freedom to create, they produce what most resonates with their audience.

2. How to find the right influencers for your brand.

Influencer marketing isn’t new; the only thing that’s changed is the status of the influencer. Realistically, most of us aren’t influenced by what Emily Ratajkowski is tweeting. We’re much more likely to be influenced by friends, family, and the people we’re following on Instagram, Twitter, or our favorite blogs.

There are great tools available to help find your best influencers, including BuzzSumo, or Moz’s Followerwonk. Sometimes it’s as easy as examining your brand’s current fans on social media feeds. You may have already caught the attention of influencers who love your products and services.

3. How to work with influencers for the best outcome.

It’s important to note that not all influencers are right for your brand, so before jumping on board with someone merely because they have the most followers, take the time to make sure you’ve chosen the perfect advocate for your products.

You should be comfortable with the influencer’s style, and how it will mesh with your brand vision. Don’t try to control the relationship; for the best results you need to trust the influencer to weave your brand messaging into their narrative in an authentic way. They’ve invested time building their audience relationships based on their own unique voice, perspective, and storytelling style, and they need to maintain their credibility to be effective. Though they should have control of how they talk about your brand, certainly be clear about what you’re trying to achieve. Authenticity and transparency are essential in a successful relationship, so make it as easy as possible for them to understand your vision, and then step back and let them do their thing.

Sometimes influencer campaigns can go horribly wrong. The blame may rest on the influencer, on the brand that doesn’t deliver on its promise, or both.

Consider the Fyre Festival, forced to close on opening day due to poor planning and execution. The marketing plan for this disaster was missing a key component of any good influencer campaign: transparency. The organizers contracted 400+ celebrity influencers, including Kendall Jenner and Bella Hadid, who pretended to have an interest in the festival and promoted it through their social media channels, encouraging fans to buy tickets. Rather than the transparency and honesty required for a successful partnership, these young celebrity influencers didn’t disclose that they were paid to promote the festival, per FTC rules. Ultimately, the organizers spent so much money on influencers that they didn’t have enough money to execute the actual event.

Each influencer and brand have their own stories, and when working together, they can reflect poorly on each other. In Pepsi’s recent “Live for Now Moments” ad featuring Kendall Jenner, the objective was a message of unification and diversity. The campaign, however, was wrong for both the influencer and the brand, and the result was a complete backlash by the public. A smart approach would have been to test the concept before investing in the campaign to gauge public reaction.

Influencers with large followings may not be the best choice for your brand. Micro-influencers with fewer followers often have more quality influence and deeper engagement with a more tailored audience. That engagement leads to trust, which leads to more response.

The benefits of micro-influencers are many: they are typically more affordable, their audiences more targeted, and they produce quality content in a genuine way that can ultimately result in a higher response rate.

Influencer marketing shows no signs of slowing down in the immediate future. As it continues to grow, brands need to search for those influencers who align with their marketing objectives to generate impactful campaigns that are believable, transparent and honest. If not, the trust you’ve spent years building for your brand can be gone in an instant.

If you’re planning to work with influencers this year and would like some guidance, give us a call. We’re always here to help. 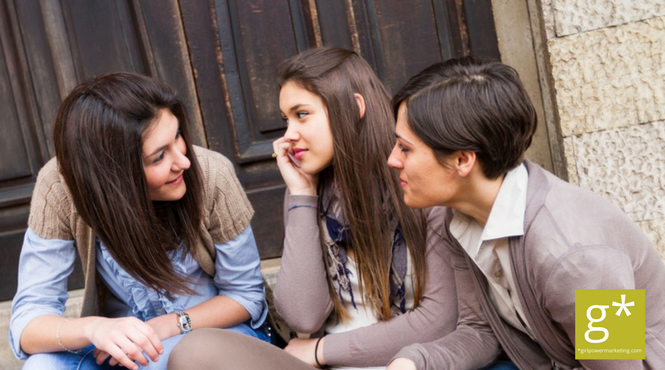 Most experts agree: 2017 is the year for influencer marketing. In fact, 87% of marketers plan to launch at least one influencer marketing campaign in 2017. The reasons that this particular marketing strategy is surging right now are many. The first, and probably the largest reason is social proof.

According to research firm Yankelovich, Americans are exposed to 5,000 advertisements a day. Overwhelmed consumers are now experiencing “banner blindness” as they mentally tune these ads out. With 47% of consumers using ad blockers, more and more brands are moving away from targeted ads and moving toward paying these influencers to represent their brands.

Though now is a great time to experiment with influencer marketing, it’s important to consider the following to make sure you maximize the return on your marketing dollars.

Before you seek out influencers, you should first consider your brand. Many industries have influencers that are easier to identify than others. Fashion and beauty brands are already using influencer marketing, with 60% having a strategy in place and 21% planning to create campaigns in the next 12 months. Other brands that work well with influencer marketing include food and beverage, consumer technology, and health and wellness.

So, do your due diligence. Investigate an influencer’s previous posts to determine that they’ll be a good reflection of your brand’s mission and vision. While you can afford to work with influencers that don’t have large followings, you may never recover from a social media faux pas.

While a social media celebrity might be the ideal influencer on paper, look beyond the A-list. Remember that 72% say relevancy is more important than reach. If your influencers are reaching the target market for your brand, then you’ve hit the jackpot, no matter how large or small their audience may be.

Your chosen influencers resonate with their audience for a reason. Once you’ve determined that your chosen advocate matches your brand standards and speaks to your brand’s mission, let that influencer fly free. If you try to impose rules and regulations, the relationship may break down. Worse, you might dampen the spirit of that influencer’s posts, which means their followers won’t engage anymore.

The only way to know if your campaign is working is to track its success. You can’t make changes if you don’t know what’s working and what isn’t, right? Google Analytics and other automated software show you exactly where your traffic is coming from. If one of your influencers isn’t producing results, you’ll know early enough to make necessary adjustments to your campaigns.

Influencer marketing campaigns can be a great tool for driving brand awareness, but only if you’re willing to put forth the effort. If you’d like more thoughts on developing successful influencer campaigns and engaging new audiences, give us a call.