Marketing to Women: How to Get It Right 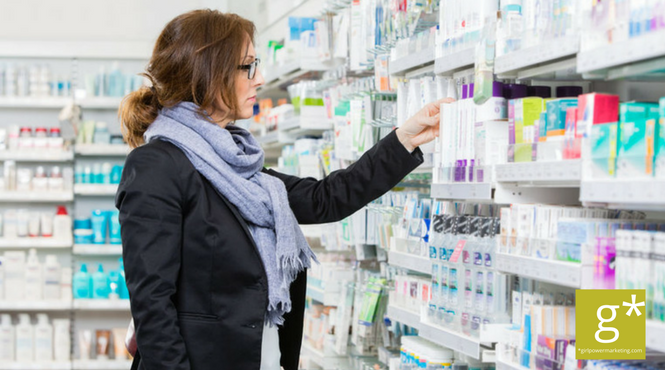 According to The Economist, “The growing economic power of women is one of the most important trends of our time.”

Women currently control $7 trillion in U.S. spending. And during the next decade, they will control two-thirds of the country’s overall consumer wealth.

Women influence or are responsible for 85 percent of all consumer purchases, including everything from cars to healthcare to consumer electronics and bank accounts. Yet many marketers look at the purchasing power of women as a niche market.

Yet 91 percent of female consumers agree that marketers don’t understand them.

The X and Y Brains

It really comes down to this: men and women think differently. Neither is right or wrong – just different.

Fact: Female brains have four times more connections between the left and right hemispheres, requiring them to process information 4x faster than men as they take in 4x as many signals that have to be filtered.

This increased brain connectivity allows a woman to multi-task more effectively than men.

Men, on the other hand, have the “Big T” – testosterone. The hormone responsible for male personality traits like self-assertiveness, competitiveness, risk-taking, and thrill-seeking.

And while men are more left-brain dominant where analytical thought and logic live, women are more balanced between left and right-brain processing, and so are thought to be more intuitive and better communicators.

According to NPD Group, analysts for the retail industry, “The ability to reach the female market represents the biggest growth opportunity ever for most consumer products.”

When developing a strategy for marketing to women, marketers need to keep some key points in mind:

Pink Is Not a Strategy

In a recent Forbes article, Bridget Brennan, author of Why She Buys, notes that when a brand offers a product in only one color, and that color is pink, it sends the message that we haven’t put any thought into this at all.

Though there are women who prefer pink, and it has become the official color of breast cancer, it’s best to consider pink as simply one color among many.

“Shrink it and pink it” is the most common stereotype, but there are many others.

Example: 41 percent of mothers had a child outside of marriage this past year who don’t connect with the stereotypical nuclear family.

While women may be victims of various stereotypes including the sex object, the Stepford mom, soccer mom and others, men are also fighting stereotypes such as macho man, the incompetent dad, and beer-drinking couch potato.

Women appreciate recognition for their accomplishments, and being shown in roles of empowerment.

There Is No “One” Female Demographic

Women are not a homogenous group; there is no one female demographic. It’s important to recognize a woman’s life stage as well as her chronological age.

Each female sub-set has its unique interests and values that influence purchasing behaviors.

Work-at-home moms, single women, and empty nesters all want to recognize themselves in a brand’s marketing messages.

Women Respond To a Good Story

Storytelling as a marketing strategy is hot right now, and good stories helps women consumers decide if they like, trust, and want to do business with a brand.

A story can set the stage for a relationship that can last for years. Most consumers, including women, are drawn to stories that entertain, enlighten and educate them.

Women love to laugh, and brands that know how to tell a good story will increasingly have her attention.

According to Bridget Brennan, women also tend to shop with all senses. Not just sight and sound, but scent, touch, and taste. Think about brands like Anthropologie, Trader Joes, and Sephora and how they build all the senses into their marketing.

Many brands are already thinking differently about their marketing messages. Unilever is one such brand, issuing a rallying cry to the industry to rethink how it portrays men and women in advertising.

Also, brands like Harley-Davidson, Adidas, Lamborghini, Michelob and the NFL are adjusting brand messaging to make them more inclusive.

For most of these companies, even though women might use their products, they aren’t the main focus—or even taken into account at all—when creating marketing messages.

According to Coors marketing director, Elina Vives, “Brands today have to stop insulting women and be much more inclusive.”  “The beer category overall is a little bit behind. Women drink 25 percent of the beer in this country. That’s not a niche.”

Marketing to Women Moves Past Women of Yesterday

Today, we’re moving past speaking to females as the women of yesterday.

Marketers are beginning to realize they need to talk to them as people, as athletes, as beer drinkers, and recognize them as the key purchasers of just about everything.

Challenging stereotypes is a good thing.

But in our effort to promote gender equality, let’s also remember the fundamental and physiological truths about how each gender receives and processes information.

Neither is better or worse, just different.