4 Things the 2016 Election Taught Us About Marketing to Women It’s no secret that women feel like marketers don’t understand them. The same might be said about legislators, as we’ve seen from the tremendous uproar following the 2016 election. The problem isn’t that women are hard to understand; it’s that no one seems to be listening. If you want to make a difference with your efforts in marketing to women and really reach the people who control $5 trillion to $15 trillion annually in the U.S., then consider these four things we’ve learned about marketing to women since our new president was elected.

You don’t have to go somewhere new to reach the millions of women who are reaching for their wallets. They’re right there, using the same social media accounts that men are using.

The use of social media and humorous memes can, of course, be used to spread misogynistic imagery, but women have found these tools can also be used for good. Research the hashtags and memes used to rally women together and show them your business stands with them.

If you don’t think women are using these tools to affect spending, consider the #GrabYourWallet movement, which is possibly responsible for the removal of the First Daughter’s fashion line from high end department stores.

Some creatives, such as Glenn Cole of 72andSunny, came to a conclusion that women have long felt was overdue: No one really tries to understand their audience. “For me, the big ‘aha’ of all this is the realization that we (Americans) don’t really know each other, or what drives each other,” says Cole. This is definitely a step in the right direction, but not at all helpful if marketers still don’t drill down and take the time to truly identify with the women they’re trying to reach.

A graph might show you what the majority wants, but it won’t show you the various nuances of your target audience. Understanding women involves research across various geographic, economic, and ideological landscapes. In other words, what urban women consider strong and successful will differ from what rural women aspire to.

Almost half (48%) of women surveyed by SheSpeaks believe that the election results will not benefit women. However, 3 million to 4 million women, men, and children banded together to march for women’s rights just one day after the inauguration, proving at least one benefit already—renewed solidarity.

Whatever the polls may tell you, women say something different with their actions. Just because they feel they’re not being heard doesn’t mean they’ll stop speaking up. In fact, they’ll just get louder. Don’t just hear them. Yell with them, too.

The buying public isn’t as willing to accept brands that glorify sexual violence, even if only a cheeky ad, as evidenced by Trump’s plunging brand equity after the release of his interview with Billy Bush. Someone should remind Burger King before they create another ad like this one: 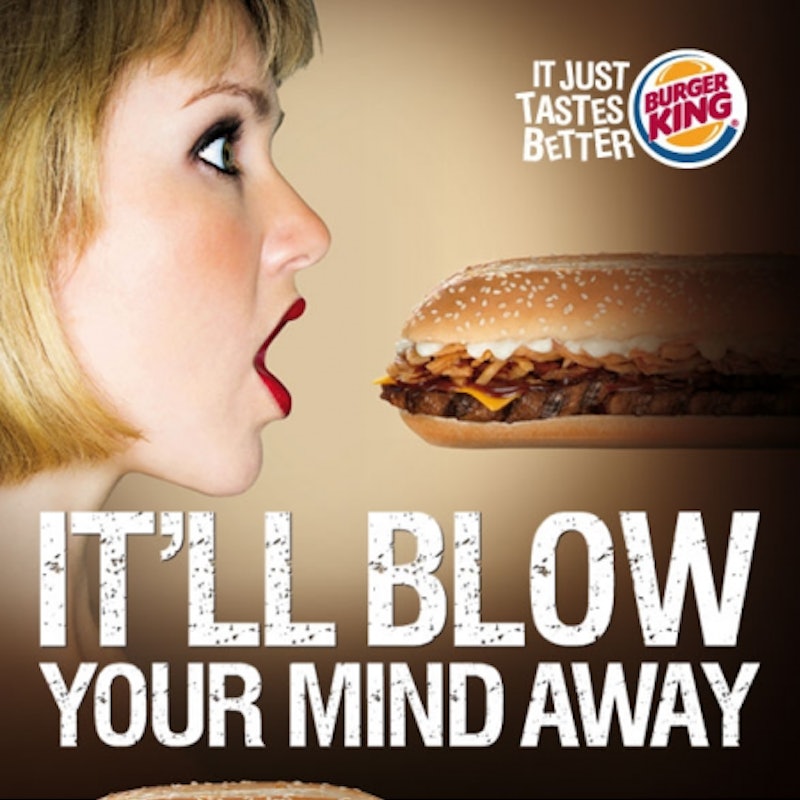 Even if a woman chuckles at a degrading ad or meme, that doesn’t mean she’ll make a purchase. It doesn’t even mean she’s comfortable with the imagery. In fact, she probably fears for her future.

Instead, speak to her power. Remind her that she can do anything—and probably already does—that a man can do. Whether that’s buying a car, making home improvements, or simply choosing a delicious beer that’s not pink or fruity.

It’s a new era for marketing, and a lot of dollars are at stake. Will you work to understand your audience now that they’re shouting what they want, or will you keep doing the same old thing? It’s your move.