My Mission to Stay Connected 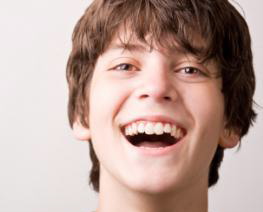 My son used to love nothing better than to hang with me.  He was always a cuddler who loved to sit with me for hours watching “Toy Story.”  But lately, mom time seems to occur when nothing better is on the horizon.

I know he still loves me, but it’s clear that I’m no longer his favorite companion. So before I blink and he’s gone off to college, I’ve decided to wage an all-out campaign to regain his affections. Here’s what I’ve found works . . . and what doesn’t.

1. Follow his lead. I am a female. I like shopping, pedicures, and massages. Not so crazy about X-Box, rollerblading, or bad fart jokes. But I’ve decided that to engage him I need to learn about the things that are important to him.

2. Don’t try to be cool. You’ve seen them – the moms and dads who dress like their kids and know all of the latest texting lingo. But that’s not me.  I’m not the cool parent.  I’ll admit it, accept it, and now let’s move on.

3. Quit with the questions already. This is by far my worst offense.  I’m constantly lobbing questions at him that I’m sure he sees as incoming hand grenades.  I can almost see him duck and cover when I get started.  Though it’s against my female nature, I vow to stop interrogating him about his activities, his friends and (worst of all) his feelings.

4. Stop talking. Unfortunately, it’s not enough to just stop giving my pre-teen the third degree; I think I actually have to stop talking so much in general. Why? Because maybe if I stop talking, he will start talking.   And maybe if my side of the conversation isn’t of the  “I’ve told you a million times to put your clothes in the hamper” variety, he’ll actually start opening up a bit more.  So I’m going to identify activities that we can participate in without conversation being the main point, like playing board games and letting him teach me the art of playing video games.

5. Redefine “connect.” As parents, we want to know every single thing our child is thinking, feeling, and experiencing. But that simply isn’t realistic once they reach the age where independence is in sight. By wishing for a Siamese-twin relationship, we actually can stunt their emotional growth ––  and our own. As painful as it may be, our kids naturally separate from us as they mature. And we need to let them go. That doesn’t mean we can’t stay close; it just means that we need to look for a different kind of connection — one that depends on depth rather than breadth. We may never again know every thought that passes through their heads as they experience the minutiae of their day, but we can know more who they truly are – if we take the time to listen and appreciate the information they are sharing with us.